Posted on February 3, 2010 by Dallas. Filed under Entrusted With Arrows and tagged as Greg, Postproduction, prayer. No Comments. 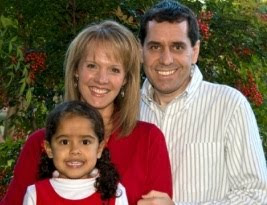 The locked version is in the hands of our composer, Jurgen Beck. Please pray for Jurgen’s wife, Shawn, as she is now recovering from surgery for breast cancer and for creativity and wisdom for Jurgen as he composes the score.
We now have a few other items to take care of.  We are refining all the text portions of the film, which is relatively easy.  One of the most difficult jobs is “cleaning sound.”  One of our interviews had an air conditioner running in the background, which gives a very loud hum.  When cutting in and out between others’ interviews this hum is very noticeable, so we are taking on the job of removing it.  This is a very difficult process and usually leaves an unnatural vocal tract.  I think of it as an icy sound with lots of pops and other artifacts.  Others liken it to recording in a glass bottle. We need prayer on this one!  We are also working on the special features and trailers.  The special features will include a full interview for each family.  This will be full of the wisdom that had to be edited out of the main feature, so I’m hoping people will take the time to watch these! 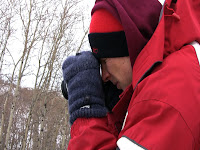 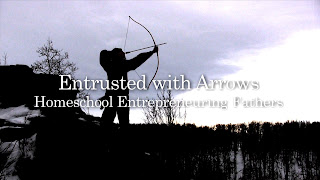 Posted on December 7, 2009 by Dallas. Filed under Entrusted With Arrows and tagged as Greg, Postproduction. No Comments.

As we work in postproduction, the following is our guide to help us with those difficult editing decisions.

Target Audience:
Bullseye – Homeschooling fathers who sense God’s pull to be greater spiritual leaders in their homes
Circle 1- Wives of the “bullseye” fathers
Circle 2 – Christian homeschooling parents who haven’t yet considered the above need
Circle 3 – Christian parents who don’t homeschool, but need to be challenged to take greater responsibility in discipling their children
Outer Circle – Church leaders who are willing to see the need to teach and support parents in their God given responsibility to train their children

Purpose: to challenge Christian men to take up the responsibility that God has entrusted to them, namely to be the spiritual leaders in their homes, to train up their children in they way they should go, so when they are old they will not depart from it. Our prayer is that, whether they choose to homeschool or develop a home business, they will choose to step up to their calling to be vigilant in their role as spiritual leaders.

Reason: Christian families are losing their children to the world in unprecedented numbers due to the breakdown of the Christian family. We have a family leadership crisis, more specifically, a fatherhood crisis, which is having a devastating impact on the spiritual condition of our children. Parents need to make their children’s spiritual welfare their number one priority. Fathers, in particular, need to make this their personal responsibility and not just leave it to the “experts.”

Synopsis: This film highlights the efforts of a few Christian men who take extreme measures to directly train up their children in the way they should go. They do this by not only educating them at home, but by developing businesses which allow them to be with their children on a regular basis, living side by side with them, following the commands of Deuteronomy 6.