Posted on October 2, 2009 by Dallas. Filed under Entrusted With Arrows and tagged as Greg. No Comments. 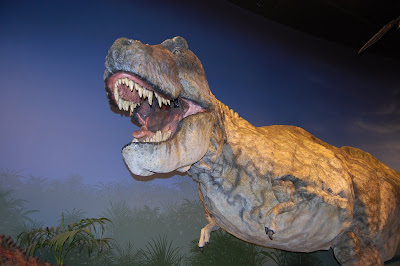 On the last day of September, our family made a two hour drive from my Aunt Jane and Uncle Joe’s house in Bardstown, Kentucky to greater Cincinnati where the new Creation Museum is. It is a truly world class museum, which brings a Christian worldview to the world of science. God created all things, so all scientific discovery will ultimately reveal his truth. The young earth theory not only best reflects the biblical account of origins of all things, but is also the best interpretation of all scientific evidence. This museum so clearly explains this along with presenting the truth of God’s intervention in history, in Jesus. I particularly liked the part of the museum which explained the creation of Adam and Eve and the events which followed, through the flood of Noah. The explanation was clear and the artifacts were very realistic. Adam and Eve were quite a handsome couple, it turns out. (They were my great, great … grandparents, after all.) 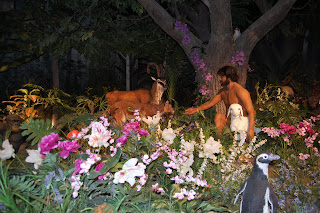 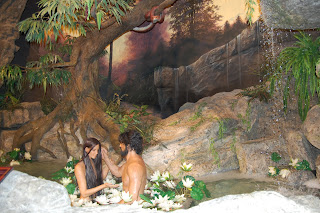 The film, “Men in White” was pretty awesome, too.
The best part of the day was when we met Ken Ham, the founder, (we discovered that Ken will be speaking at AHEA in Red Deer next year!) and his assistant, Perry Petrushenko, who turned out to be from Edmonton. As we chatted we found that we were both homeschoolers, and that we both knew Greg and Elizabeth King and Ross Haven Bible Camp. The next thing we knew, we were at their house for supper, having a great time like old friends. Wow!
—
Greg